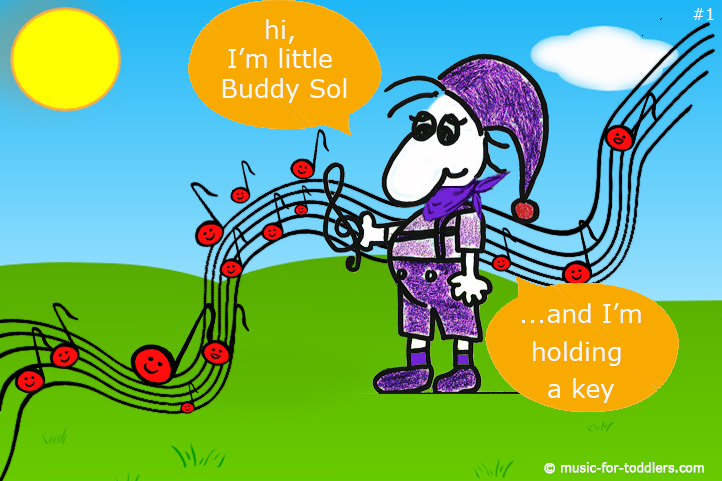 Once upon a time... there was a little buddy, SOL (G). In his hand he was holding a very beautiful key, like no other for any door in the world. It was a magical key since it could open a magical world full of sounds and wonderful melodies.

One day he was walking on the piano, staring at the black and white clefs. He then noticed that the black keys looked like small houses (Fig. 1). 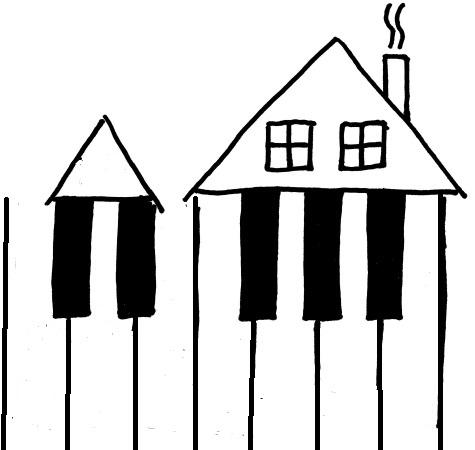 The entire piano was separated into groups of two and three consecutive black clefs. Right below them there were sparkling white clefs, like stair steps, that kept shouting at him to keep on walking. Each step and a sound, every sound and a different call. He first met the small house (the group of the two black clefs). Before the first black clef, underneath that, he had to step onto a white clef. That would be the first white key of which he would find out its name. He knocked on the door... Knock! Knock!

- It's me, your little buddy, SOL! Please open the door, I'm holding a very beautiful key, would you like me to show it to you? Though I have no idea what to do with it yet.

- Come on in, said the white clef, that key opens the door to my classroom.

Indeed, suddenly, in front of his eyes there appeared a note. It was the note DO.

DO, DO, DO {Play C note three times and try to sing it along.}

Can you find all C notes on the piano?

This is a story that fascinates children and they are never tired of hearing it. By repeating this story a child is self reassured of having learned the first note.